I’ve been enjoying an ongoing dialogue with my friend Thomas about the place and role of Christians in the political sphere. It started out with his comment:

From there I wrote a response called Stay Away From Politics, Christian!

After that Thomas wrote his rebuttal in Don’t Vote For Jesus: Reflecting on Christian Political Involvement.

So I guess this is my rebuttal to his rebuttal, and we’re just a couple of butt-heads.

Jesus doesn’t rally armies and overthrow the Roman government and he doesn’t establish a political theocracy that forces everyone to obey the Mosaic Law. Instead, Jesus spends a lot of time teaching people that God is more interested in their hearts than he is in their behavior and that their behavior is really just an indicator of what is in their hearts anyway. Jesus invites other people to follow him and to join him in his ministry to the afflicted and the oppressed. He doesn’t run for office, he doesn’t lobby the Roman government, and he even tells people that they should pay their taxes to Rome!

Jesus came to Galilee proclaiming the gospel of God: This is the time of fulfillment. The kingdom of God is at hand. Repent, and believe in the gospel.” (Mark 1:14-15)

Jesus didn’t come to set up an earthly kingdom, but let’s not believe that Jesus called everyone to the same profession he lived. There is an understanding from the beginning of the faith that we take our faith wherever we are and in whatever we do. In the Gospel According to Luke, people are convicted by the preaching of John the Baptist and ask him, “What then should we do?” John tells the tax collectors to stop collecting more than they should (they were known to be cheats) and tells Soldiers to stop 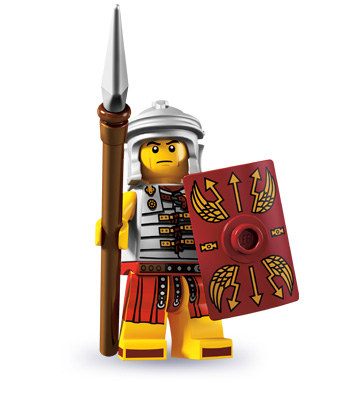 practicing extortion and to be satisfied with their wages.

He does NOT tell these people to leave their government jobs.

Jesus said, “I’m sending you out into the world to tell them about me and you will help them become my disciples just like I did for you.” No talk of politics, no talk of legislation, just powerful witnesses in word and lifestyle.

The moral of the story seems to be that the more political power the Christians attain, the less effective we become at doing what we were actually called to do: ATTRACTING people and WINNING their hearts by living and loving in a NOTICEABLY DIFFERENT way than the world.

I agree that Christians are supposed to be different from the world around us. I agree that too often we are not. As Lord Acton famously said:

Here’s the kicker – we see this in all of life even apart from politics. The question isn’t about holding onto or relinquishing political power. The question is, “Can we maintain our Christian distinctive and live righteously even with the power granted us?” Ultimately we are not responsible for attracting and winning people. Sure, God calls us to live as examples to the world around us, but as Jesus said:

God is the one who wins hearts, and He does that no matter who is in office or how we vote.

We are not to judge non-Christians by Christian standards. That, however, that is exactly what we do when we legislate distinctly Christian principles.

I wrote to you in a letter not to associate with sexually immoral people. I did not mean the immoral people of this world or the greedy and swindlers or idolaters; otherwise you would have to leave the world. But now I am writing you not to associate with anyone who claims to be a believer who is sexually immoral or greedy, an idolater or verbally abusive, a drunkard or a swindler. Do not even eat with such a person. For what business is it of mine to judge outsiders? Don’t you judge those who are inside? But God judges outsiders. Put away the evil person from among yourselves.

Paul isn’t saying, “Don’t try to hold the world accountable to our standards.” He’s saying, “You can’t judge someone’s spirituality based on Christian codes of conduct. I agree with this. I don’t judge a non-believer’s righteousness when he doesn’t live up to God’s standard. But if God’s way of living represents a better way then there is no biblical injunction from codifying God’s standards into civil law.

In a democratic republic we have the option of passing laws that we think will benefit the common good. The way the system works is that others have the right to vote against that legislation. It’s not being a bad Christian to attempt to normalize Christian behavior. It’s not about judging the souls of non-believers. It’s about recognizing that God’s way is the best way. And if the legislation is voted down, so be it. That’s how a free government works!

I also don’t have a problem with Christians participating in a government that works to advance universal human rights and the common good, so long as they are not forcing people to conform to distinctly Christian principles.

This is the tough question, because it forces us to ask which values we will support legislating and which we will let slide. I don’t think there is an easy answer, I just know that we already do it. All legislation represents a worldview and a morality.

I think that Christian ethics and principles are sound and would benefit everybody. I know that Christianity is not monolithic and that there is WIDE variation in how Christians interpret and live out those principles. Still, when all is said and done, we must recognize that the Bible calls us to be faithful disciples where we are, and in the Western World that means citizens with a vote. We would be irresponsible citizens of God’s kingdom and of our nation (whichever nation you belong to) if we didn’t bring our voice to the political sphere.