For what it’s worth, I’m not now nor have I ever been anti-American (as even close friends have been accused of behaving). I LOVE my country and and very glad that I live here, serve here (though my opinions do not reflect the Navy, the Department of Defense, or any government agency), and raise my family here. For all our faults (and we can point to quite a few), there are places in the world that are FAR worse off. So I’m not here to bash America. I’m here to talk about Christians who have jumped on the “Make America Great Again” bandwagon.

You see, the expression implies that America WAS great but somehow lost its greatness. It now needs to regain what we once had. So I want to know what it is we’ve lost and what we need to get back. My friend Harry said it very well when he responded:

I believe the more specific definition is “great for who(m)”? In a land of such diversity greatness is defined by any individual group to suit their own needs and desires. It’s a dandy catchphrase but is it also a balance scale. Does “greatness” for some come at a sacrifice to others?

I think that’s a big part of the problem. Going back to greatness for one group doesn’t look so hot for another group. It’s a matter of perspective, depending on which side of history you fall. But my BIGGEST problem comes from Christians who eagerly (sometimes 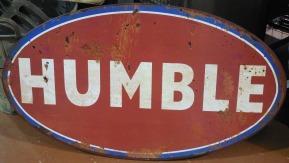 overwhelmingly so) desire to be part of the “Make America Great Again” movement. I expect such behavior from non-Christians. But Christians are supposed to approach issues like this from a different perspective. Jesus addressed greatness several times.

And when he was in the house he asked them, “What were you discussing on the way?” But they kept silent, for on the way they had argued with one another about who was the greatest. And he sat down and called the twelve. And he said to them, “If anyone would be first, he must be last of all and servant of all.” (Mark 9:33-35)

I’m not talking about pursuing excellence. If we follow the Apostle’s advice and do everything we do as doing it unto God, we’re going to pursue excellence. But the idea of greatness runs contrary to the idea of humility. Greatness is a comparative quality – it’s being set apart from the norm or average. It’s saying, “I’m more special than ________.”

I fail to grasp how a commitment to Jesus, one who epitomized service to others, allows us a Christians to say, “We desire to be better than everyone else!”

I recognize that it’s impossible to lump everyone who says, “Make America Great Again” into a single group. But my observation is that the slogan, and many who promote it, embrace an “us vs. them” mentality that is at odds with the Gospel of Jesus.

So be patriotic. Pursue excellence in all you do. There’s nothing wrong with that! But be humble. Embrace serving others. Reject the pursuit of greatness as a goal. Let greatness be the result of a life of serving others and seeking to build others up. Remember Jesus’s words I mentioned earlier:

“Whoever exalts himself will be humbled.”