Abiding is a word we don’t really use a whole lot any more. Once upon a time it was a regular part of vocabulary. Depending on the context, it can have a couple (similar) meanings. It can mean to live/exist. It can also mean to remain. In recent history, it made a comeback in the cult-classic “The Big Lebowski.”

“It’s good knowin’ he’s out there – the Dude. Takin’ it easy for all us sinners.” (Just a quick note – there is a LOT of profanity in the movie, so please don’t go watching an unedited version thinking I’m giving it the green light.)

But the Dude abiding isn’t a new idea to The Big Lebowski. It’s actually an ancient idea that plays a major part of the first letter of John. And John isn’t just concerned with the idea of the Dude abiding. John wants abiding to be a core concept of the faith. Hang with me here:

John’s key concept here is that of abiding. How does John talk about the phony Christians? We know that they were not authentic Christians because THEY DID NOT ABIDE! They bailed. John makes plain that if the false teachers had been genuinely part of the body of believers, they would not have taken off.

We see this kind of thing all the time even today. People abandon the faith and walk out on God and God’s people. No, this isn’t the same as church-hopping. As frustrating as it may be to see people pick up from one church and land at another across town, that isn’t the same thing as what John’s talking about. He’s talking about people who completely turn their backs on Christ – they no longer abide with Christ.

But you have been anointed by the Holy One, and you all have knowledge. I write to you, not because you do not know the truth, but because you know it, and because no lie is of the truth. Who is the liar but he who denies that Jesus is the Christ? This is the antichrist, he who denies the Father and the Son. No one who denies the Son has the Father. Whoever confesses the Son has the Father also. Let what you heard from the beginning abide in you. If what you heard from the beginning abides in you, then you too will abide in the Son and in the Father. And this is the promise that he made to us—eternal life. (1 John 2:20-25)

John has no kind words for these people who do not abide. In fact, these false Christians who deny Christ are, in fact, anti-Christs. And while the early church clearly anticipated a single apocalyptic figure, John’s cares less about a future villain and is more focused on people bailing on faith here and now. Thus he reiterates that Christians should just follow the original message! The message that the Apostles preached from the very beginning was that which is found in John 1: In the beginning was the Word…and the Word became flesh. This is the next part of abiding:

And abiding with Jesus comes with a future promise: eternal life. We don’t just abide here and now but we have a guarantee of abiding with God forever. That’s a great plan! It’s stinkin’ ingenious. It’s a Swiss watch!

There’s no need for following some teacher/prophet who has “secret knowledge.” There is no one person that we ought to follow to put us on the path to God. The real key is abiding. Abide with Christ and with the Gospel message. Abide with the body of believers. John finishes up:

I write these things to you about those who are trying to deceive you. But the anointing that you received from him abides in you, and you have no need that anyone should teach you. But as his anointing teaches you about everything, and is true, and is no lie—just as it has taught you, abide in him. (1 John 2:26-27)

God’s anointing continues to abide with us. So stick with Jesus. The end result is out of this world, man.

Be a Dude who Abides. 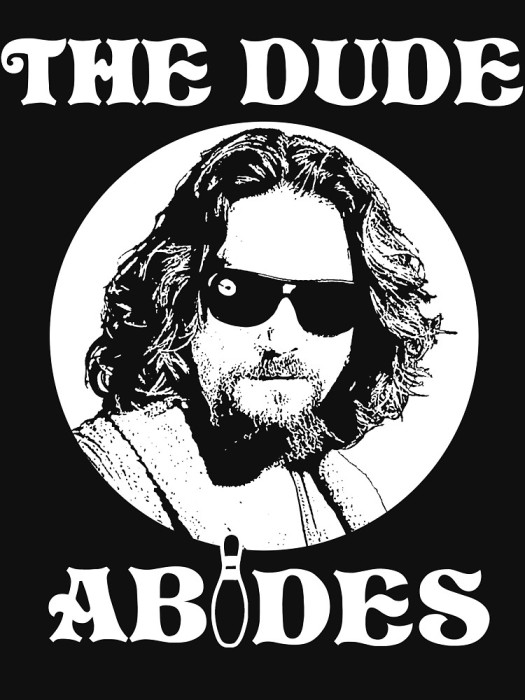 Is Barack Obama the Antichrist?

This is one of those conversations I wish we didn’t even need to be having. Yet here we are. I can’t believe the amount of hatred I’ve seen directed against President Obama. And yes, I’ve seen many accuse him of being the Antichrist.

But he’s not. In fact, the Bible barely makes mention of any single person being a mega-villain, end of the world, apocalyptic Antichrist. There is one paragraph in 2 Thessalonians that refers to the “man of lawlessness” but it is vague in typical apocalyptic style and is not even close to a description of President Obama.

For the most part, the supervillain antichrist is the stuff of Christian fiction (that means it’s made up out of a writer’s imagination as opposed to non-fiction which is literature that is true, like history, biography, science, etc.). It’s not even good Christian fiction at that. It gives us this image of Nicolae, a super-evil dude who is the epitome of all things evil who ushers in the end of the world and the eventual reign of Christ.

The Bible does talk about antichrist, but probably not in the way you think:

Dear children, this is the last hour; and as you have heard that the antichrist is coming, even now many antichrists have come. Who is the liar? It is the man who denies that Jesus is the Christ. Such a man is the antichrist – he denies the Father and the Son. (1 John 2:18, 22)

John did not consider there to be a single cataclysmic figure, but established that many who oppose Christ are already in the world. Rather than a personal villain, John sees the antichrist as anyone who denies that Jesus is the Christ (Anointed One or Messiah). If that’s our criteria for antichrist then John was right – many antichrists have come. And I’m sure many more will come.

Every spirit that does not acknowledge Jesus is not from God. This is the spirit of the antichrist, which you have heard is coming and even now is already in the world. (1 John 4:3)

We don’t have to wait for the antichrist to come. It’s not some far-off distant event. John said nearly 2000 years ago that the spirit was already in the world. Stop waiting for that apocalyptic, Hollywood villain.

Now as to Mr. Obama specifically – he has publically declared that he is a Christian, a believer in Jesus. If he is not denying that Jesus is Christ then Mr. Obama cannot be the antichrist. It seems like pretty clear logic to me.

So what is our beef with Mr. Obama? It seems that we’ve taken our political animosity and clothed it in religious terms and ideas. We’re not happy with how he runs the government. We’re not content with his direction and vision for the future. So we take our political unrest and couch it in apocalyptic language. This is detrimental on several levels:

We have to take Mr. Obama at his word when he says that he is a Christian. Who are we to disagree? We don’t know his heart or his relationship with God. Stop using faith as a catapult for your political ammo.

Is Barack Obama the antichrist.