Like most Americans alive today, I had seen the trailer for Disney’s Zootopia. If you live in a cave and HAVEN’T yet seen it, here it is:

So it was with great anticipation that my wife and I took our three kids, ages 9, 6, and 4, to go see it. And it was NOT was I was expecting.

Sure, it had the funny scene from the trailer. Who hasn’t been stuck in a DMV line and thought about the incredible slowness with which the employees move?!?

But Zootopia is much more than some funny scenes strung together. It was actually a VERY well-done story that tackles some tough issues in a way that is accessible to children and adults alike. 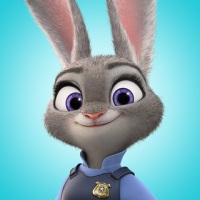 The basic premise of the movie is that a cute and lovable rabbit named Judy Hopps moves to the big city of Zootopia to become a police officer. She has big dreams for making the world a better place and sees Zootopia as a wonderful place where animals have moved beyond their preditor/prey natures and live together in harmony. If you’re not a literary sort of person, there is a loose reference to Thomas More’s Utopia, which is about a perfect society but whose name literally means “no place.”

Anyway, while there she runs into a fox who is cleverly named Nick (nick being an American slang term for cheating or taking something from someone – just ask Dora) who tells her that the world isn’t great and that they don’t all hold hands and sing Kumbayah.

I won’t give out any spoilers, but Officer Hopps and Nick go on an adventure trying to solve a case that shows the true nature of reality – that underneath a smooth exterior of love and acceptance, deep down at the core there is real friction between different groups. This is where the story really shines as an example of American culture.

On the surface we like to pretend that our society has evolved beyond some of the old racist attitudes and expressions that used to be so commonplace. I’ve even heard some (white) people say, “Of course there’s no racism any more – we have a black president.” This sentiment is really quite stupid and naive. Like the cute bunny, we’re often blind to the reality that there is raw friction between groups and the fact that racism is still prevalent in our world.

Case in point: racial tensions in America. Just yesterday at a political rally, violence broke out as minorities demonstrating against a political candidate squared off against the candidate’s supporters. Then the candidate publicly proclaimed many of the protesters to be “thugs.”

I confess that I don’t know the background of all of the protesters, but labeling them as “thugs” seems to be an easy way now for white people to dismiss people of color with whom they disagree. An angry black man isn’t necessarily a thug – he could just be an angry black man.

This is part of what Zootopia addresses. When we expect others to be bad (and label them thus), we end up being small-minded jerks and do damage to others. This is where the teaching of Jesus practically screams at us:

Treat others the way you want them to treat you!

It seems so simple, yet we’re so far away from living in a culture that can actually do this. Instead we yell, scream, and throw punches at each other. By the end of the movie, Officer Judy Hopps tells the audience:

Life’s a little bit messy. We all make mistakes. No matter what type of animal you are, change starts with you.

The Bible actually talks about equality. About fairness. About one-ness. And we do damage to the faith we claim to hold to when refuse to make the kind of change that brings the world to see all of us through the same lens. We can’t hide behind out politics and our family upbringing. There is no excuse for treating anyone poorly, no matter who or what they are or believe.

It’s time for those of us who claim to follow Christ to leave the garbage behind and make moves towards love, peace, and reconciliation among ALL people.