People seem to love coincidences. A good coincidence will really tweak our brains. Sometimes we react wildly – “Oh, man! Can you believe that?!? No way!” It’s almost like a magic trick played on us by the cosmos. 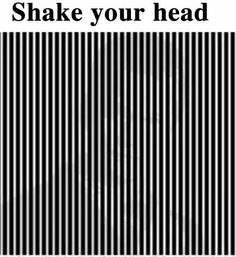 It’s not a trick…it’s an ILLUSION!

I had an amazing encounter not too long ago. Our church was hosting an American Red Cross blood drive. After I had given my precious DNA to them and downed a can of juice, I was about to walk out when I saw a guy who attends my church sitting in the waiting area. I stopped to chat with him. I got to learn some things about him that I hadn’t know before, specifically that he is nearing the end of his paramedic studies and has the goal of eventually becoming a firefighter. I didn’t think too much of the conversation at the time. About an hour later my Twitter feed had a job posting from our hometown regarding an open position for a firefighter. I could not believe the coincidence! So of course I sent him the link to the job posting. Coincidence?

The notion of coincidence is troubled by two key factors: 1) the human freedom to act and behave however we see fit and 2) the biblical concept of an omniscient and omnipotent God.

One of my favorite passages in the Bible is a story near the end of the book of Joshua (the leader of Israel after Moses). One time Joshua was talking to the people about their tendency to forget God and to return to the idols and false gods of the Egyptians. Joshua says, “Choose the path you’re going to take – follow Yahweh or follow those others. As for me and my family, we will serve the Lord.” While God has made the initial steps towards humanity, we have the chance to respond. How does this connect to coincidence? If we have the freedom to choose our paths, then our choices are going to come with consequences (good or bad). That means that human behavior is not random coincidence but a series of results from our choices and behavior.

But sometimes coincidences happen that have NO rational explanation. These are the things that really boggle and mystify us. This is where an omniscient and omnipotent God comes in. The Bible is clear that Yahweh is a God who cares about humanity and interacts in human history. He is not a far-removed deity who merely watches Earth like a little kid watches his ant farm. God chooses to direct the course of human history. This means that sometimes God puts people and situations in our lives for specific reasons. There is no such thing as coincidence. Either we are seeing the result of human behavior and choices or we are seeing the result of an active God steering the course of the world. In Hebrews 13 the writer states:

You never know what is going to come down the path. The Bible says that our ways are not God’s ways, so we may never understand the big picture. What I do understand is that I need to seize every God-moment and look for his activity in my life and in the world. Sometimes we will face great coincidences. Sometimes we’ll face crummy ones. In the end it’s not about the amazing coincidences that we see in life – it’s about having the perspective that God is at work in the world.

Life is not as random as you think, and you never know when God is putting people and circumstances in your life for specific reasons. Don’t think “coincidence” – think, “This is a God thing!” Be open to his possibilities.

4 Replies to “Not As Random As You Think”