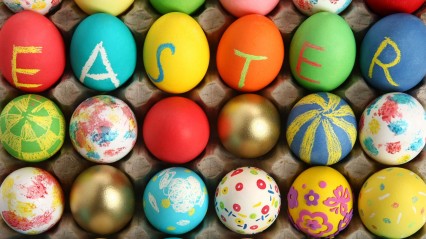 Many Christians are familiar with the Easter Story from the Bible. We hear it at least once a year. But too often the stories in the Bible are too far removed from our present reality. They remain “other than” rather than being an integral part of our contemporary story.

For that reason, I asked a group to join me in retelling the Easter Story as it could have unfolded had the characters in the story had Twitter accounts. Since Twitter only gives you 140 characters, we had to be succinct in telling the story. Taking up additional character space, we also needed to identify the character and include #EasterStory.

Other than that, no holds barred. Twitter has a funny way of bringing out sentiment and thought in short, pithy statements. Some of our contributors were brilliant. Some were silly. But it put a great new spin on a centuries old story of grace, forgiveness, and redemption.

So here you go:

Spread the word – we’re asking Pilate to give us Barabbas instead of Jesus. #FreeBarabbas (The Jews) #EasterStory

The Jews are here to see me again. Is it so hard just to have a quiet weekend off? (Pilate) #EasterTweets

Got duty this weekend. Executing some guy that has the Jews all pissed off. Man, I hate being on riot control (Roman Guard). #EasterStory

He’s up on a cross yet he’s still taking care of business, looking out for me & his mom. Unbelieveable. (The Beloved Disciple) #EasterStory

@chrislinzey I know God has a purpose in this, but he’s my son! My son! The desire of my heart! (Mary, mother of Jesus) #EasterStory

Wonder if he will call on us to come down rescue him? (Angels) #EasterStory

Stupid men – they hide in a locked room while WE take care of business. (Mary Magdalene) #EasterStory

I can’t wait to tell them that God’s not dead! (Angel guarding tomb) #EasterStory

We can tell the truth or make something up, but either way we are toast. Guards #EasterStory

Maybe next time you’ll listen when I tell you about my dreams! (Pilate’s wife) #EasterStory

I’m back, yo! (Jesus) #EasterStory

There you have it – the Easter Story in a nutshell. No, it’s not Scripture, but every once in while it might do us some good to try to see a story through someone else’s eyes. It can bring us to new insight and understanding on the most powerful and significant story in history.