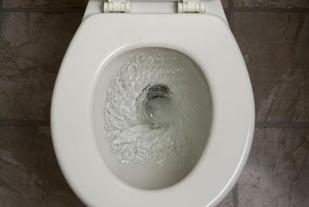 But it was close.

You see, it all started when some of the good religious folk took issue that Jesus’ followers were not following the rules for ritual washing up – getting clean.

The Pharisees and the scribes asked him, “Why do your disciples not walk according to the tradition of the elders, but eat with defiled hands?”

They are calling out Jesus and his followers for being rule-breakers. 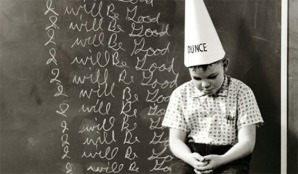 You would expect good, decent people to apologize when religious leaders chastise them. But not Jesus. He uses the Old Testament prophet Isaiah and tells them:

“‘This people honors me with their lips, but their heart is far from me; in vain do they worship me, teaching as doctrines the commandments of men.’ You leave the commandment of God and hold to the tradition of men”

Then he follows up by talking about being clean vs. unclean.

There is nothing outside a person that by going into him can defile him, but the things that come out of a person are what defile him.” And when he had entered the house and left the people, his disciples asked him about the parable. And he said to them, “Then are you also without understanding? Do you not see that whatever goes into a person from outside cannot defile him, since it enters not his heart but his stomach, and is expelled?” (Thus he declared all foods clean.) And he said, “What comes out of a person is what defiles him. For from within, out of the heart of man, come evil thoughts, sexual immorality, theft, murder, adultery, coveting, wickedness, deceit, sensuality, envy, slander, pride, foolishness. All these evil things come from within, and they defile a person.”

Pay close attention here. Jesus is actually telling a joke. When the English says, “into his stomach and is expelled” the translators are trying to put it nicely, but what Jesus is literally saying is that food goes “into the belly and then out into the toilet” – and THAT’S when it really gets “unclean”.

But the point of what Jesus is trying to say is this – we need to make sure that we’re not making up our own rules for people to follow. God cares less about human rules than he cares about human hearts.

In our own culture we develop rules about all sorts of things. We don’t make them up to be mean. Usually the rules are there because we believe they help us follow God better or be better Christians.

You get the idea?

The problem comes when we start insisting that people follow our rules if they want to be “real Christians” – and then we call into question the salvation of anyone who doesn’t abide by our rules.

Jesus would have a big problem with that.

He’d tell rule-makers today the same thing he told them thousands of years ago: “Take your rules and flush ’em down the crapper.”

God cares more about your heart than the rules you follow.

This is not license to behave poorly. God still desires us to act in ways that reflect his character. But sometimes good Christians will have different ideas about proper behavior. In those times when there is no clear-cut guidance from the Bible, we need to cut each other some slack and be gracious, allowing for differences.

And maybe, just maybe, we can start looking at the people’s hearts rather than the rules they break.

3 Replies to “Jesus says, “Flush your rules down the crapper.””