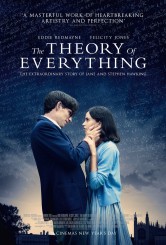 My wife and I recently watched “The Theory of Everything,” the biopic about famed physicist Stephen Hawking. Here’s the rundown:

The acting was superb. Eddie Redmayne doesn’t just portray Stephen Hawking – he BECOMES Hawking. The physical transformation in incredible to watch, and quick research will tell you that Redmayne studied and talked to many people who suffer with ALS. He also trained with a dance coach in order to learn how to better control his body so that his physical performance was accurate. I wouldn’t necessarily call the film a happy film, but the actors do an excellent job of drawing the audience into the struggles (and triumphs) of the characters.

The musical score for the movie was excellent. I know most people reading reviews don’t really care about the music, but my wife and I both noticed it. It is the kind of music one would want as a stand-alone album.

But let’s get down to brass tacks – what people REALLY want to talk about when it comes to movies like this: the thematic elements. 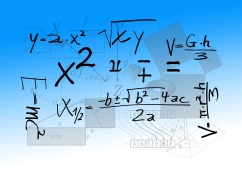 The first, and most easily identifiable, theme, is the back and forth between Atheism and Theism. This theme was a point of contention within the Hawking marriage, Jane being a Christian with the Church of England and Stephen being an atheist. I won’t spend much time debating this theme myself – blog posts about atheism/theism never convince anyone on the opposite side to change positions. Clearly I believe in God, and I think Hawking is wrong.

The movie actually does a decent job of portraying the different viewpoints of Jane and Stephen without demonizing one or the other. One of my favorite scenes is when Jane is explaining how science views God differently depending on whether one is looking through the lens of relativity or quantum physics.

Don’t get me wrong – it’s not a Christian film, and the director clearly portrays Hawking’s bias against God, but the theme can make for interesting conversation and should prompt us all to think more deeply about the interplay of faith and science (yes, they CAN coexist).

The second theme I noticed was that of the suffering servant. Suffering Servant is a phrase I’ve come across only in biblical studies, but it seemed appropriate for this movie. At the beginning of Stephen’s diagnosis, his father tells Jane (who is not yet married to Stephen) that she doesn’t realize what she’s in for. It’s not a fight, because there’s no positive outcome. It will only be a brutal beating. She stays the course and decides to pursue a relationship with Stephen.

For 30 years she was married to him and helped care for him. The movie portrays the kind of toll being a caregiver can take on family. It’s hard on spouses who care for each other. It’s hard for parents who care for children. It’s hard for children who care for parents. It’s hard on ANYONE who provides full-time care for loved ones. Emotional and relational damage are all too common, and the movie shows such damage; damage to the point of the eventual divorce of Jane and Stephen. It should cause us to ask difficult questions about our level of care and commitment towards our loved ones – even when things get tough.

Once upon a time weddings used to use the phrase, “For Better or For Worse.” Being a full-time caregiver for a family member with special needs can definitely run the gamut of better to worse. In an age where it’s all too easy to put loved ones in homes and institutions, how far does our care, commitment, and yes, even love, take us?

The final theme I want to talk about is that of hope. At the end of the movie there’s a neat scene where Stephen is asked, since he doesn’t believe in God, what drives him to carry on day after day. In the scene, Eddie Radmayne suddenly shifts his feet, stands up from the wheelchair, and walks down some steps to pick up a pen dropped by a student. Cinematically it’s a neat way of showing the imagination of Hawking and leads us to his answer. What drives him day after day? Hope. As a physicist who believes in a world with no boundaries and endless possibilities, he says, “As long as there is life, there is hope.” Of course the audience stands and erupts in applause.

But life isn’t enough for hope, because when life ends, then what? Paul writes in 1 Corinthians 15:19 ~

If we have put our hope in Christ for this life only, we should be pitied more than anyone.

Those who believe in God know that hope is so much MORE than the idea of possibilities in this life. Hope goes beyond life into the great beyond. Hope is the anticipation we have that this life WILL end and that God will make all things right.

At the end of the day, The Theory of Everything is an excellent film that is worth watching. Talk about the themes with your family and friends. Don’t be afraid to ask the difficult questions raised by the film.

One Reply to “DVD Review: The Theory of Everything”