Let me rephrase that – I love the products that pop culture creates. I love movies, music, literature, art…you get the idea. 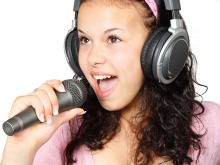 I don’t follow it.So I really don’t care much about Taylor Swift’s downfall or the end of her career. In fact, I knew nothing about it until a friend sent me an article and suggested a “Christ in Culture” response.

So here’s the rundown: Taylor Swift and her ex-boyfriend are fighting (in the public square). And people watching are jumping in the same way that middle school kids see two kids brawling and begin chanting, “FIGHT! FIGHT! FIGHT!”

No, Taylor Swift’s career isn’t really over. This is merely a blip on the radar for these pop stars. Like I said, their personal lives aren’t something I actively follow. But I believe that all of culture can be used as a springboard, places where we can use culture to dive into faith-based conversations. And I believe this story is no different.

But we don’t like to live that way. Reconciliation doesn’t allow for drama. In fact – reconciliation puts an end to drama. What would happen to all of the “reality” television shows if people practiced reconciliation? The industry would shrivel up. Reality tv THRIVES on drama and the complete lack of reconciliation.

One of my favorite words is schadenfreude. It’s a word that describes our pleasure at the misfortune of someone else. One of my favorite movie characters is Steve Martin’s dentist in “Little Shop of Horrors.”He thrilled every time someone experienced pain and suffering. He became a dentist because he derived so much pleasure out of other people’s pain.

While the character is an over-exaggeration, it’s a completely human and natural response to take pleasure in seeing the misfortune of someone we don’t like.

Except it’s not Christian.

We’re called to be better than that. In fact, Paul writes in his letter to the Romans:

As people of reconciliation, as people who embody the character of Christ, we ought not to rejoice when others go through tough times. Even if we dislike them, the suffering of others should never be something we REJOICE in.

Like I said, I don’t care about the personal drama between pop stars. But I do care about how we as Christians respond to the suffering of those around us – even celebrities we don’t like very much.
—————————————————————

What do you think? Have you experienced schadenfreude?